Being in an executive position often results in significant isolation. As a leader responsibility resides with you. It may seem you have to have all the answers, need to be giving all the direction and responsibility lies with you alone. How do you meet expectations, get the most out of your people, lead? The right executive coach will be your confidant, your trusted friend who will tell you as it is. They will challenge you and stretch your comfort zone. Executive coaching will unlock your potential, beliefs, and leadership, which in turn will have a dramatic impact on your organisation. It is often the case that executives have a limited realisation of just the impact they have and can have in the organisation. Our responsibility as your executive coach is to raise your awareness and to encourage you take responsibility in your role, but more importantly that your people truly understand their roles and responsibility. We’ll stop you from doing employee work and start leading.

What is Executive Coaching?

Executives and professionals who we coach are already at the top of their game, with a drive to be the best version of themselves. Just like an elite athlete looks to a coach to be held accountable for certain performance standards to “push the boundaries” and get better results, more executives and professionals are turning to an Executive Coach for the strategies, advice, and mentorship to boost their performance and deliver winning results to their organisations. We help you excel by offering additional insights and new perspectives, guide your productivity by linking performance to key metrics and objectives. We seek to accelerate your success while helping you devise strategic programmes, explore your own strengths, apply your own ideas and ultimately leverage your unique contributions to your people and organisation.

The only true way to assess if executive coaching is for you is to book a session. Only then will you know if it is right for you, and you are a good fit to be coached.

Not All Executive Coaches Are Equal

In order for you to commit to executive coaching, there are certain criteria we believe needs to be met. These are a prerequisite to any executives we coach. Executive coaching is an individually tailored and bespoke relationship and as such the ground rules need to be clear from the beginning.

We have to be the right coach for you

We don’t coach ‘just anyone’. If we are to take on the privileged role as your executive coach then we must ensure we are the right coach for you. Only you will be able to answer this, and it’s why we offer an initial coaching session on us. The only way you’ll establish if we are right for you is to experience first hand a coaching session.

You have to be coachable

Coachability is absolutely critical, otherwise, there is no sense in coaching. It means you have to be open to another way, to being challenged, to agreeing to complete goals. Essentially to do what you say you will do in the timeframe agreed to do it. Sounds easy. This is where you’ll have to repeatedly step out of your comfort zone. You’ll be very used to challenging your team in this manner, the point here is your ability to do the same. The outcome will have a significant positive impact on your organisation, people, and the bottom line.

We agree what the outcome needs to be

Let’s be really clear here. We are not interested in becoming best buddies. When you take us on as your executive coach it’s about realising true potential, it’s about engaging your team and improving responsibility and ultimately the growth of the organisation. Through executive coaching, we will need to establish what you seek as an outcome. Interestingly if that’s something of an enigma at the moment, it’s the other reason we offer a complimentary executive coaching session. It’s more often than not the first time you will gain clarity on what you seek to achieve.

It’s OK to say no

At the end of the complimentary coaching session, it’s ok to say no. That we or coaching is not for you. We assure you we will be equally honest. In short, the simplest and most effective way to determine if coaching is going to be right for you is to book in a session.

The only true way to assess if executive coaching is for you is to book a session. Only then will you know if it is right for you, and you are a good fit to be coached.

Have you ever experienced being in an organisation that doesn’t seem to have cohesion, it doesn’t function in alignment, there are department and interpersonal cilos, maybe even a ‘them and us’ culture? Communication is weak and often revolves around the water cooler meetings and chinese whispers. Then you will have insight into unhealthy organisations. It may be that’s where you are right now. 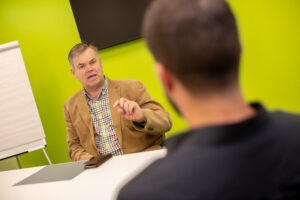 Executive coaching where it fits …

You find healthy organisations invest in their executive leadership and realise the potential they have in developing the opportunities for organisational growth going forward. leadership cohesion being one of the most significant aspects of organisational health hinges on high-level performance from its executives in their roles and execution as leaders.

The purpose of executive coaching within organisations is the continual pursuit of excellence. Unlocking the potential of executives creating high-level cohesive behaviours in the boardroom will result in high-level productivity and efficiencies throughout the wider organisation. Communication will flow and you will find that even at the lowest operating level within an organisation the message will be clear, the culture will be internalised and the team will be thoroughly engaged. You will have introduced organisation health as a concept and pursuit.

Through coaching, the executive will have the behaviours to positively impact and contribute to organisational health through:

Stepping into it, an executive coaching relationship can be challenging and indeed scary for any executive. It can seem a sign of weakness to those from the outside looking in. The point with executive coaching is recognising the impact that you could have on organisational health and the importance you place on your ability to contribute within the organisation is significant.

Get in touch to book a place or find out more.

Employee Engagement is all about unlocking the potential of your people through developing WE empowers ME culture. A place where your team is passionate about the business and being part of the team. Truly engaged teams are more productive, have higher motivation, are great collaborators, and have higher self-worth. Being apart of engaged team results in a fantastic place to be.

Many Businesses don’t enjoy the value of having their own board of directors. The opportunity to have a protective shield for their business where the focus is towards the growth, profitability, scalability of the business. The functional board will challenge your business decision, keep you on track and make sure you maintain clarity and resolve on your direvction.

Whether you intend to keep growing your business, sell it or pass it onto others, it’s important to understand what drives up or undermines your companies value. That’s where the value builder score comes in.

What is it you actually want in your personal life? More time, money or fun? You may be wondering what that’s got to do with your business plan? Well, your business exists to provide money to do the things you want and also give you the time to do them.

Engage & Grow will re-focus, re-engage and re-energise the most important asset to your business – your people. This programme is specially designed to create dramatic organisational change, training your whole team to move the business forward.

Our signature programme and the most intense: results-driven coaching that any business owner can put to use. This programme is suitable for high quality businesses already experiencing steady growth, but with the goal to grow more rapidly. You’re probably working too many hours and your business would not survive without your constant attention.

In reality, failure to plan is a plan to fail and for many business owners, who are caught up in the day to day of their business, finding time to plan for your business can seem impossible. By the end of your first GrowthCLUB, you will have a clear picture of where your business will be in 90 days time and a step-by-step plan to get you there.

An intensive two-day group coaching workshop that teaches business owners real strategies that generate real wealth. A real toolbox of tips to make you stand out from the crowd.

A good plan is essential for an successful business. This interactive two-day programme provides you with all the tools necessary to write a 1- or 5-year business plan which is goal-driven, simple, and easy-to-follow.

A comprehensive 12-month Business Growth Academy that builds a strong foundation around all the main fundamentals of business – sales, marketing, and much more. 20 group coaching sessions covering every aspect of growing and scaling your business.

We really appreciate you taking the time to report this bug, we will look into it ASAP.